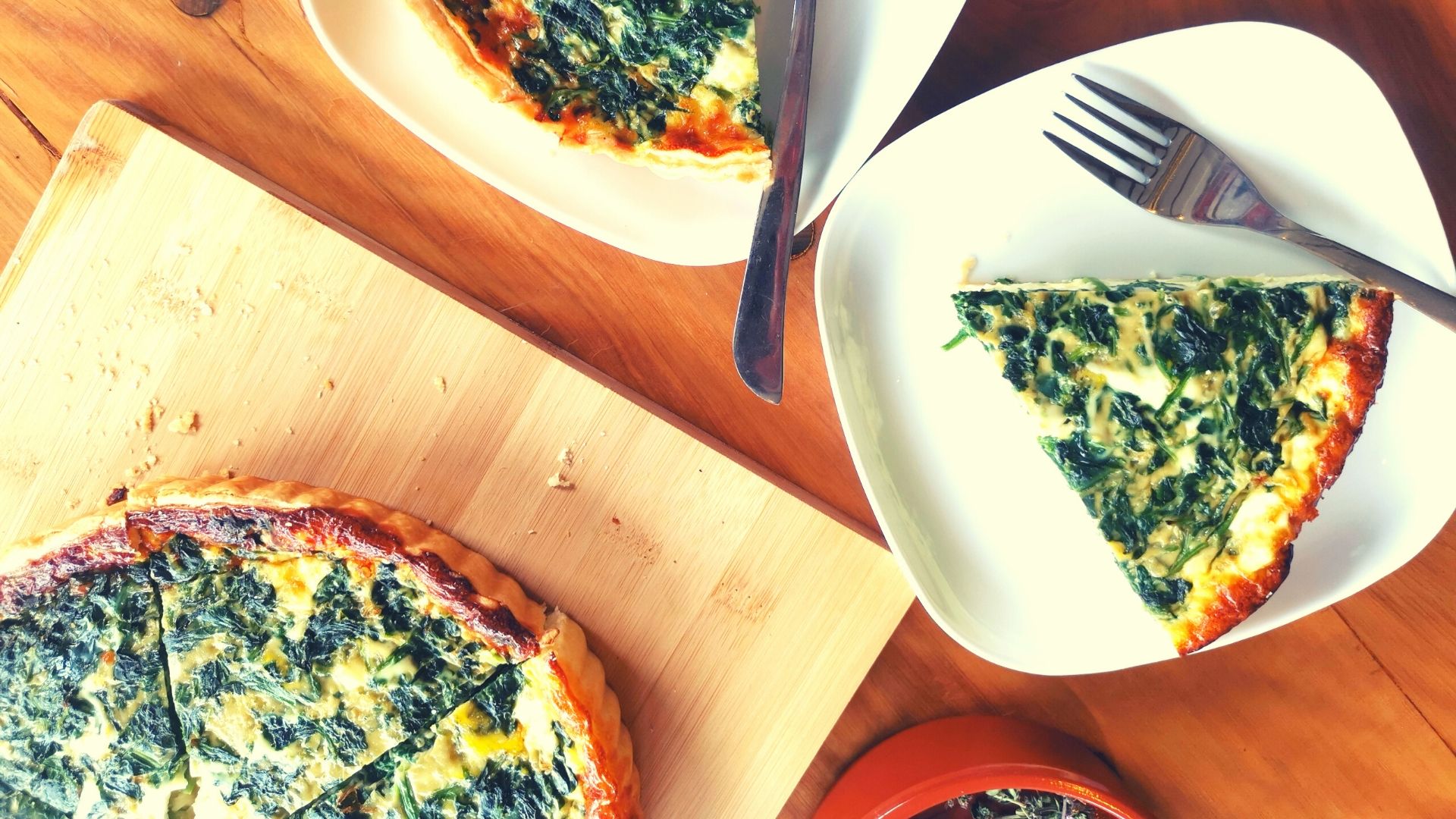 This Spinach Quiche recipe is a slight variation from the traditional quiche with pork, but it’s the perfect vegetarian swap.

The French have taken claim to the classic quiche recipe, but the origins are somewhat of a mystery with some claiming it’s from Germany and was adopted by the French, where it became very popular. Let’s just say it’s a classic European dish that feels somewhat opulent, even though it is much easier to make than you think.

It just needs a little prep work on the pastry, which can either be made the night before or you can put it in the freezer instead of the fridge if you’d like to speed the process up. The pastry has to be quite solid and hard (so very cold, but not frozen) before you start to roll it out. Alternatively, if you’re pushed for time you can buy a pre-rolled shortcrust pastry, just look out that it doesn’t contain palm oil (sustainable palm oil is fine).

Choosing the Right Cheeses for your Spinach Quiche

The recipe below uses Comté and Emmental if you can’t find these you can use Gruyère as a substitute. If you’re looking for a vegetarian option you can use 100% Emmental, which are sometimes made as a vegetarian cheese. Learn more about vegetarian cheeses and the brand names they are sold under via this link. Alternatively using cheddar or mozzarella will provide a milder flavour but is still equally suitable.

A classic quiche can be served for breakfast, lunch, afternoon tea or an evening snack. You can also make a meal of it and serve with salads and veggies.

If you’d like to make your own pastry, which I highly recommend you can find my homemade shortcrust recipe here. If you’re using a store-bought shortcrust just double the layers for pastry sheets, and roll until it’s big enough to fit the dish and start at step 3 below. 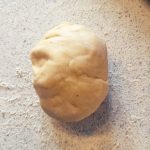 Step 1: Once the pastry has been chilled and is quite hard and rigid you can remove from the fridge and place on a floured and clean surface.

Step 2: Roll the pastry into a round shape – it doesn’t have to be perfect as you can see from mine – until it’s slightly larger than your pastry dish. 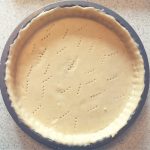 Step 5: Remove the excess using a knife and prick the crust with a fork as shown. Then put it in the freezer for 10 mins or until it’s nice and solid again. Next, prepare your filling as below. 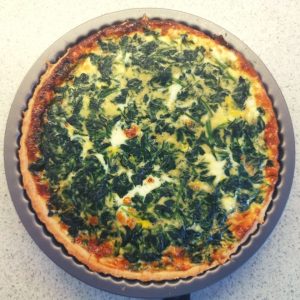 The pastry: For shop bought pastry, use two sheets as a double layer to make sure the crust is thick enough.?
Keyword Comte, Emmental, Spinach

Get our newsletter + exclusive tips